skip to main | skip to sidebar

After Almanzo I took a little time off and then got up into the far western end of the U.P. the last couple weekends.  The first weekend was 3 days with Jeff B. and the second was a long ride from home to central Wisconsin on the following Friday and then back into the U.P. Saturday.  I also was able to get out for a couple long rides on the corresponding Tuesdays which were mostly notable because I accidentally stumbled on the Minnesota Marine Art Museum in Winona, which I highly recommend.  Anyways, I'm just going to share photos and a couple stories as they apply to the photos. 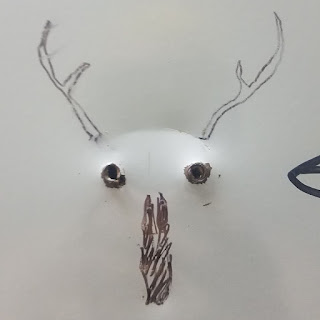 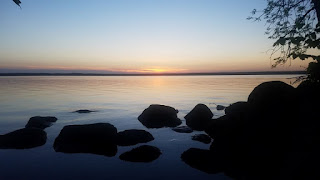 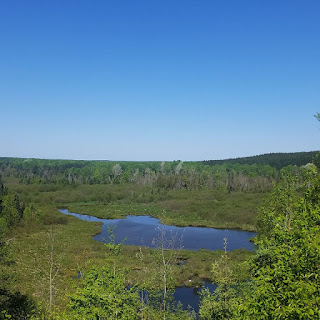 Near Presque Isle, WI.  The white spec is a Swan! 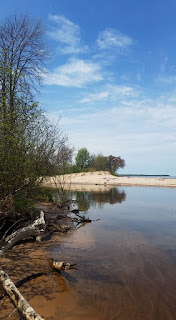 Misery Bay, MI.  This is why it was the "misery tour" 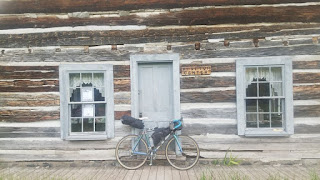 Old Victoria, MI.  Near the end of day 1 with Jeff.  There is a 'hut' nearby that is part of the North Country trail.  No water readily available, but a great place to potentially spend a night. 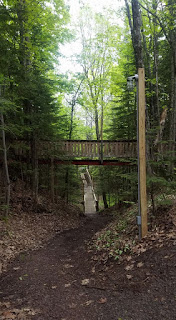 Adventure Mine mtb trails are excellent 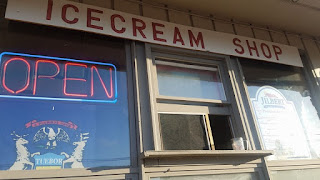 Antonio's in Bergland, MI.  Part of the reason I wanted to be riding in that area was the heat this time of year.  It was still pretty warm up this way.  Always good to have a great ice cream shop.  At this point I would say I'm good friends with the girl who scoops my sundaes. 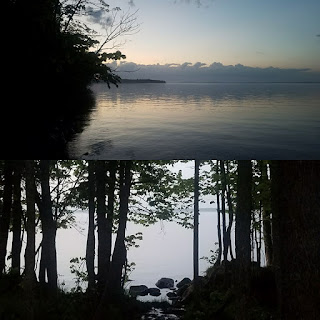 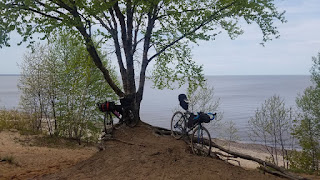 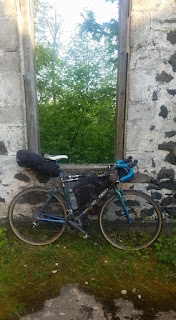 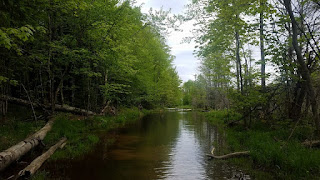 A beaver dam kind of modified this road for us.  I was committed to making it to Misery Bay on the official tour with Jeff.  We either needed to backtrack or take ATV trails from Misery Bay to Ontonagon.  I bet I was off and on my bike over 100x and walked a full 3 miles of that section.  This 'road' was the beginning. 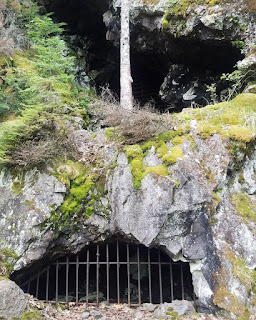 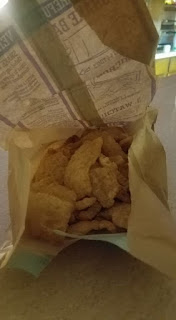 Microwave pork rinds and bar pizza are about all you can find at night in Mass City.  In the am, there is great breakfast at the Adventure Motel though!  Made from scratch by the owner herself. 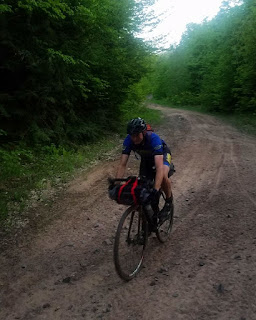 Jeff near the end of day 1.  The last 15 miles or so were truly brutal.  I believe we climbed over 2500' across the one large expected climb and then the two larger "surprise" climbs on the ATV trail. 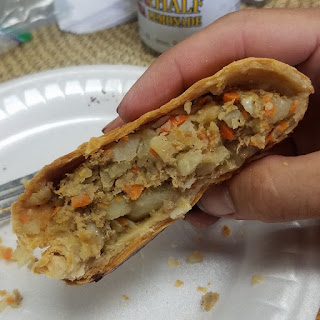 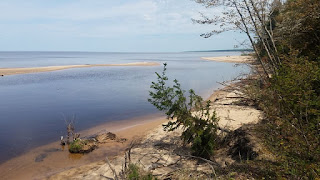 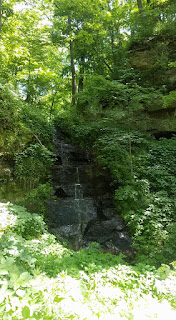 I stopped here along the Red Cedar trail last weekend.  The Red Cedar is the best rail trail there is.  Go ride it!  Don't stop here though without bug spray. 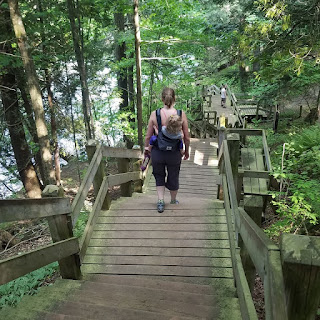 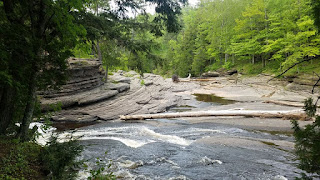 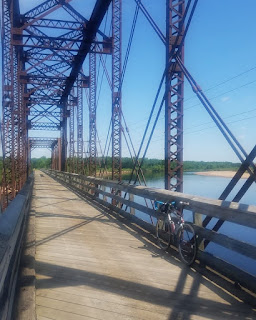 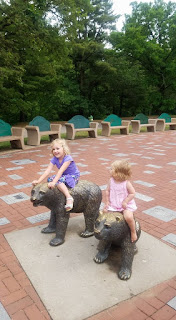 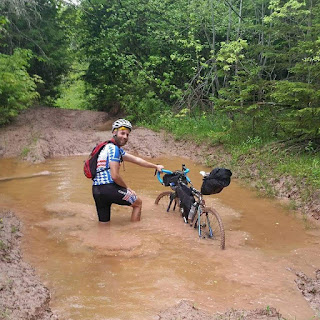 More from our Misery Bay to Ontonagon 'passage'.  This was actually fairly typical and great fun. 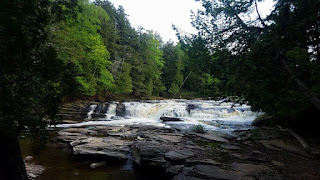 Porcupine Mountains (presque isle unit).  A better photo I took of this falls hangs over my bed. 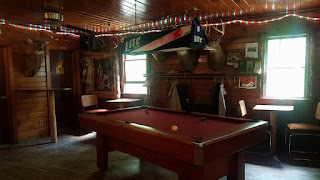 Willy's Still in Island Lake, WI.  Willy almost ran us over about 4 miles before we stopped in, but he didn't mean any harm.  Interesting old man. 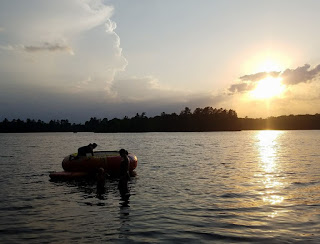 Lake of the Falls, WI. 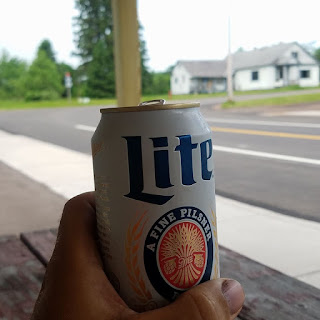 I pulled over to avoid a storm in Marenisco, MI and a local pulled up and offered me a beer. 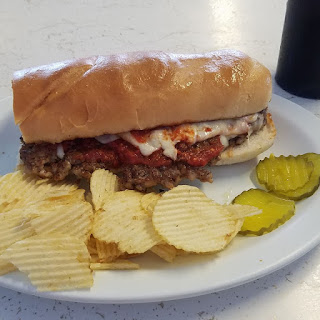 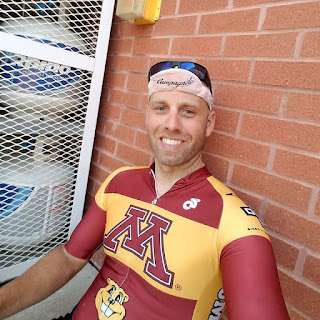 rideonpurpose
Rochester, MN, United States
I ride and race bikes, ride a lot, some of everything. Based in Rochester MN.